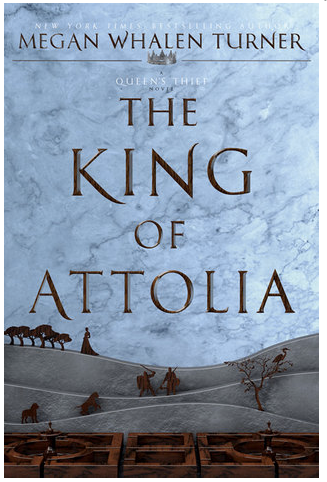 This book was great!

Gen has managed to become the King of Attolia. Though he always maintained that he was in love with the queen and not the crown and he made his thoughts known throughout the Attolian court. Not paying attention during meeting, wandering around, acting indifferent towards the queen. Then he drags a young naïve guard into the middle of his political maneuverings. Cortis hates the king he is a staunch supporter of the Queen and feels like Eugenides has stolen the crown. Little does anyone know Gen is not someone to be trifled with and he will find a way to come out on top.

I loved the introduction of our new character Cortis. I like that he isn’t a fan of Gen and we slowly over the course of the storyline see his feelings and loyalties start to shift. I loved seeing the inner workings of the guards and attendants and how the interact with each other; the little ongoing rift between them added a nice spark to the storyline.  I thought Cortis was quite honourable and likable, he doesn’t just blindly accept rumors or speculation, even though he wants to. He sees what kind of person the King is and can’t help but grudgingly respect him.

Gen was once again simply fantastic. I loved that we get to really see how he is portrayed through different perspectives. Because we don’t see his every move you can’t help but think something else might be going on. Nothing is really ever as it seems with Gen, he might make you think a certain way or give the impression of something but the truth is totally different. We get to see so many different sides to him in this book and he had me second guessing his character for a bit there but I knew that he had to have something up his sleeve. I like being surprised by him on a regular basis; it keeps me invested in the plot.

The whole premise and continuation of this storyline was fantastic. I think Megan Whalen Turner definitely went in the right direction and totally sets up the rest of the series beautifully. There are so many different directions the plot can go now that Gen has stepped up and finally become the true King of Attolia. Seeing all the little intricacies in his plans and how it all came together in the end was masterful. I honestly loved this book and I am very excited to continue on with this series very soon!

One thought on “The King of Attolia Review” 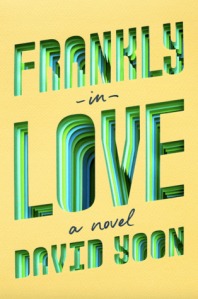