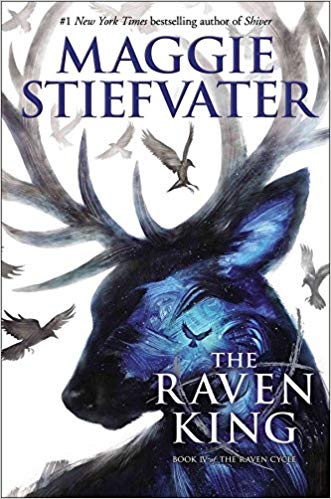 This took a turn to the unexpected!

I really couldn’t guess what was going to happen in this final book of the series.

There was a really slow build-up of pace in The Raven King. There was kind of just a whole lot of drama and confusion in the first half of the book and then everything kind of happened all at once. It was a little unclear for me in certain sections. I had to kind of go back and reread paragraphs or sentences because I thought I had missed something…but I hadn’t and yeah that kind of threw me off a couple times.

That being said I did still really love the storyline. How these characters have progressed from The Raven Boys til now has been great to read. I think Blue has really come into her own in this book. She is refusing to accept the future she sees for herself and is trying to work out a way to change the outcomes she eventually sees for herself and I think that’s very relatable. Even amidst all of this magic and drama and danger she is still thinking about her future and what she wants out of life and that’s admirable.

Gansey is just one of those characters that are always so much fun to read. He is so multifaceted and complex and yet his wants and needs are so simple. I find he’s managed to become more self-aware and present in this last book than the previous. We get some really emotional scenes from him and he’s a lot more honest and open with Adam and Ronan in this book and that’s something that I loved about this series was their camaraderie.

Can I just talk about Ronan and Adam for a second because I was really caught by surprise! When we were reading from Ronan’s perspective there were ways that he phrased things while he was in Adam’s presence that kind of had me questioning whether or not he like liked him, but I didn’t get any reciprocal feelings back from Adam so I was kind of just like no… they’re just best friends. But then BAM! I loved this! I thought it was super cute and we see a side of Ronan that we have never seen before. He’s a lot more open and honest but still maintains that unapologetic bad boy vibes that he portrays constantly! It didn’t really compromise their friendship in any way either it just felt right!

The Raven King was definitely a lot darker than the other books, the tone was a lot more serious at times and the intrigue and anticipation grew steadily throughout. I was still deeply immersed in the book and highly invested in the characters and the plot to the point where I couldn’t put it down! I loved all of the books in the Raven Cycle and it definitely evolved from where I thought the plot was going to go which kept me interested in the series as I read them.

One thought on “The Raven King Review” 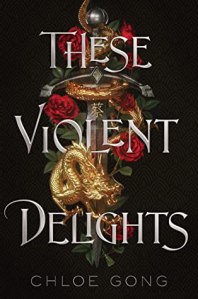 This is sooo much chunkier than what I was expecting 🧐
Oooh she’s pretty 😍
Low key want to reread!! 🤔
These are the six books from diverse authors or with diverse characters that I am hoping to prioritise this year 😊
My February Wrap Up 📚
Pretty sure this is going to be my next read!! I’ve heard good things 😊
This definitely lived up to the hype ☺️
This book had me on the edge of my seat the entire time ❄️
In the mood for some fantasy... what to pick up next 🤔
#currentlyreading 🔥

This is sooo much chunkier than what I was expecting 🧐
Oooh she’s pretty 😍
Low key want to reread!! 🤔
These are the six books from diverse authors or with diverse characters that I am hoping to prioritise this year 😊
My February Wrap Up 📚
Pretty sure this is going to be my next read!! I’ve heard good things 😊
Follow on WordPress.com
Loading Comments...
Comment
×
%d bloggers like this: