Spensa’s life as a Defiant Defense Force pilot has been far from ordinary. She proved herself one of the best starfighters in the human enclave of Detritus and she saved her people from extermination at the hands of the Krell—the enigmatic alien species that has been holding them captive for decades. What’s more, she traveled light-years from home as an undercover spy to infiltrate the Superiority, where she learned of the galaxy beyond her small, desolate planet home. She faced down a Delver and saw something eerily familiar about it. And maybe, if she’s able to figure out what she is, she could be more than just another pilot in this unfolding war. She could save the galaxy.

I liked that again we have a new setting that we get to explore throughout the course of the book. I found myself a little disoriented for the first 100 pages or so simply because I had a hard time understanding how the Nowhere worked and the concept of the different fragments. Once I got my head around it and was settled into the story it was easier to comprehend what was happening.

I don’t think that Spensa has evolved all that much in this book. Sure she gets a better grasp on her cytonic abilities but she’s pretty much the same character that we’ve seen in the rest of the series. At the end she does have a little bit of an epiphany when she has to choose what path she is going to take next but other than that she didn’t really do anything that overly captivated me.

All of the other characters carried the plot in this book in my opinion. I was definitely more fascinated by Chet and who he actually was and his background being in the Nowhere for so long apparently. The manner in which he is introduced was entertaining and I liked learning about how his abilities differ to Spensa and how he helps her navigate through the Nowhere. M Bot we learn is much more integral to the plot than what I was anticipating. A super entertaining character however the constant talk about emotions and feels and asking Spensa to explain things annoyed me a bit, it was just too repetitive.

Repetitive overall is the word for this book. I had hoped it would be more action packed and adventurous than what it was. I was disappointed to be honest with the story overall. I was expecting crazy hijinks, twists upon twists and revelations to come out at every turn but this just felt like a filler book. Sure we are given a few little twists and new characters and a new setting but overall I didn’t really feel like I needed to know this story before Spensa comes back to the somewhere and reunites with her crew back on Detritus. 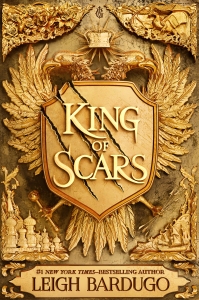 Pleasantly surprised I enjoyed this! Haven’t had a great run with Holly Black but I pretty invested ☺️👏🏾
Pretty standard domestic thriller I would say.. I was definitely intrigued but not as juicy as I wanted 💁🏾‍♀️
This was a bit predictable but very heart-warming 💙
My current library stack 📚
Reorganised my shelves again! Still chaotic but somewhat organised by genre 😆
Didn’t live up to the hype for me.. I was kinda bored ngl 😅
I need some more dragon books in my life like ASAP!! 🐉
I was definitely expecting more with this book but I was overall still entertained ✨
I’ve been meaning to pick this book up since it was released and April is going to be the month I compete it 😅
My March Wrap Up 📚

Pleasantly surprised I enjoyed this! Haven’t had a great run with Holly Black but I pretty invested ☺️👏🏾
Pretty standard domestic thriller I would say.. I was definitely intrigued but not as juicy as I wanted 💁🏾‍♀️
This was a bit predictable but very heart-warming 💙
My current library stack 📚
Reorganised my shelves again! Still chaotic but somewhat organised by genre 😆
Didn’t live up to the hype for me.. I was kinda bored ngl 😅
Follow on WordPress.com
Loading Comments...
%d bloggers like this: