I did a post nearly two years ago now about 5 books that I I read because of Booktube, and I figured why not do an updated version from the last 12 months of another 5 books I have read because of my subscription box and what I thought about them!!

Beach Read by Emily Henry – This was a fantastic book. I went into it with the expectations that it would be a light fluffy contemporary yet it delves so much more into deeper topics and was quite thought provoking and touching. This was definitely a slow burn. There were various scenes that got me very eager to read on and find out whether or not January will get her happy ending! ⭐️5/5 stars

Ninth House by Leigh Bardugo – It was a little too info dumpy at the start of the book. For those first hundred or so pages it was really a struggle to get through. It was slower paced and there are just so many dates, code names, characters, rules and regulations as well as all the magical elements woven in as well. It was a lot more rooted into the historical elements of the houses and it kind of bored me. However, once I was settled into the story and the investigation about Tara’s death began the pacing definitely picked up and the action intensified. ⭐️3/5 stars

Get A Life Chloe Brown by Talia Hibbert – This book was fantastic! It was fast paced, cute and quirky! One thing I appreciated about the book was the communication between the characters. If one of them was upset they would express that to each other and kind of work their way through all of their obstacles. I thought Chloe’s sisters were really distinct and funny. Again they were always making sure Chloe was ok and checking in on her and was very supportive of her and her chosen lifestyle. I’m really interested to hear more about them! ⭐️5/5 stars

House of Salt and Sorrow by Erin A. Craig – The pacing was a little bit off at times. The beginning I thought really captured my attention and was very engaging and then there were a few sections in the middle of the story that was a little harder to get through and then the ending felt a little rushed to me. It felt like everything was kind of exposed suddenly and then wrapped up equally suddenly. However, I really enjoyed this book. It ebbed and flowed and had me intrigued enough to finish it quite quickly! ⭐️3.5/5 stars

Serpent & Dove by Shelby Mahurin – I thought this book was cleverly done. I had heard it involved a witch and witch hunter being forcing to get married and I didn’t quite understand how it was going to happen, but the way the plot line played out it made sense. It wasn’t at all insta-lovey and there was definitely a period of hatred, turned to indifference, to mutual respect and then we started getting more feelings involved. It definitely progressed on the slower side of thing but I didn’t mind it. I thought the premise was highly original and the whole dichotomy between the witches and the different covens was fascinating to get into. ⭐️4/5 stars 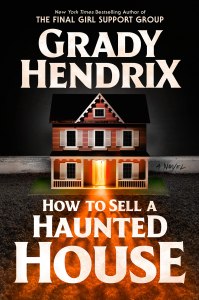