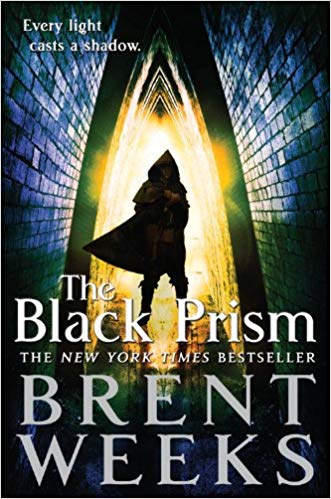 The Black Prism is a multi-perspective epic fantasy novel revolving around this holy figure in this world called the Prism. He just found out that he has fathered a child 15 years ago and now must shield him from those who wish to cause him harm.

Gavin is such an interesting, multi-faceted character that just kept surprising me at every turn! He is definitely more of a morally grey character who is striving to atone for what he thinks are the sins of his past. Giving himself the seven great tasks he wants to accomplish before he looses his powers. He isn’t afraid to do what he thinks is right for the greater good of the Chromeria whilst still maintaining a kind of neutrality and level of separation from all of their rules and regulations. That twist of the stolen identities definitely surprised me, I was thinking whilst reading during their interaction, what if Dazen beat Gavin and then two minutes later what do you know. It was a fantastic revelation and set up perfectly for the reader.

Kip didn’t really capture my attention at all for the first half or so of the book. Of course I knew he was going to be integral to the story and would somehow end up making an impact later on, but it took a little while for him to get there. There is quite an emphasis put on his weight and the fact that he is a bit of a coward, but I’m glad that we see some growth from his character over the course of the plot, having to make some decisions and take action where he would of previously ran and hid.

This was the perfect amount of world building and introduction of all the characters and their backstories without being overwhelming. Granted at the start as I am with most epic/high fantasy I read I am a little lost, but I established myself pretty quickly into this world and was invested almost instantaneously with the characters. The magic system was unique and interesting and had just enough information to keep me engaged yet eager to know more.

I loved my experience reading this book and I cannot wait to binge the rest of the series and see how the world progresses and the action intensifies!!