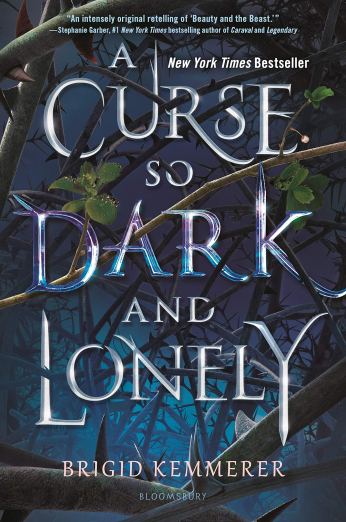 This is a dual perspective fantasy following Harper a girl who one night noticed a man dragging and unconscious woman down an alley and Rhen the crown Prince to the kingdom of Emberfall.

This was a great retelling! The original premise is there but I felt like it varied enough to keep me engaged and entertained throughout the book!

I really liked Harper. Her stubbornness and tenacity made her a very entertaining and unpredictable character. She wouldn’t back down to Grey or Rhen and she would do whatever she felt was right in the situation, even if it puts her in danger.

Rhen I found to be a little unlikeable at the beginning, but I think that was how we are supposed to perceive him because once we actually delve a little deeper into his backstory and his character throughout the course of the book I definitely warmed up to him. Especially when he started to show a bit more emotion and actually cared about what was happening outside of the castle.

I think I liked Grey a little bit more than Rhen though. He was so integral to the story and his staunchness really appealed to me. The fact that he stayed even though he wasn’t a part of the curse really proved how loyal he is to Rhen and the kingdom. I enjoyed the friendship that sparked up between him and Harper and the truthfulness that they shared between them!

Overall I really enjoyed my time reading this book! There were some passages that were a little slower paced but it was a pretty quick read for me. The plot was unique and went a completely different direction than what I originally thought it would be, which kept me intrigued. I liked how the storyline started off pretty contained and then as the book progressed it grew larger and more complex. It is a pretty good jumping off point to what I am assuming will be a series. 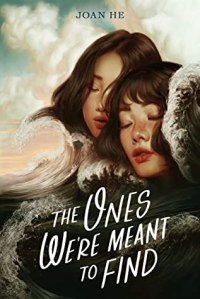 My recent library haul 📚
I’ve really been slacking on my journaling lately but I’m in the mood so I’m getting caught back up! 🔮
I love this cover 💚
A stack of new releases I need to get to ASAP!! 📚
This is sooo much chunkier than what I was expecting 🧐
Oooh she’s pretty 😍
Low key want to reread!! 🤔
These are the six books from diverse authors or with diverse characters that I am hoping to prioritise this year 😊
My February Wrap Up 📚
Pretty sure this is going to be my next read!! I’ve heard good things 😊

My recent library haul 📚
I’ve really been slacking on my journaling lately but I’m in the mood so I’m getting caught back up! 🔮
I love this cover 💚
A stack of new releases I need to get to ASAP!! 📚
This is sooo much chunkier than what I was expecting 🧐
Oooh she’s pretty 😍
Follow on WordPress.com
Loading Comments...
Comment
×