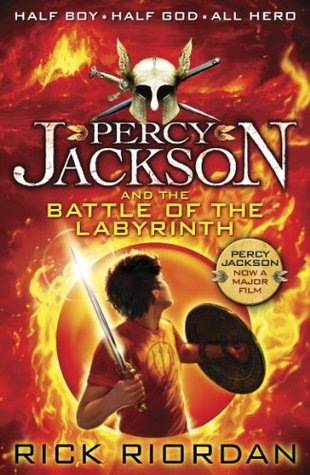 I just recently finished Percy Jackson and the Battle of the Labyrinth the fourth book in the Percy Jackson and the Olympian’s series! I actually really enjoyed my reread of this book. The start was a little on the slower side for me and a little repetitive to be honest. It seems at the start of every Percy Jackson book so far he’s been at school a monster arrives, a short battle ensues and he runs back to Camp. Granted, its not the exact same every time but it does seem to be the standard so far in the series. I like that we see more growth in terms of Percy, Annabeth and even Clarisse’s characters. They are all getting older and emotions and feelings are being developed more and more as the series progresses! The cute little romance between Percy and Annabeth is kind of at that awkward phase where they are starting to realise their feelings for each other and they’ve started becoming a little jealous of each others friendships, Percy with Rachel and Annabeth with Luke. I thought the action and adventure was very well done and the insight into Daedalus’s history was fascinating! There was definitely twists and turns and surprises at every turn which kept me engaged and invested in the book! I think this might be one of my favourites in the series!